I was unfortunate enough that my new Mac had to be replaced - the USB ports developed a fault. Apple replaced it no quibbles, but didn't copy my data onto the new Mac in the store.

I rebooted with the OSX disc from the laptop box. Then mounted the Time Machine backup over AFP:

Then you have to force the volume to show up in finder:

Then under the 'Utilities' menu of the install disc there is an option 'Restore from Backup...'. Select this then select the visible backup, it gives you a choice of which backups you would like to restore, and then to which hard disk to restore to. Select which ones you want and then click restore, mine took just under two hours.

I've been doing a lot of Java2D stuff at work recently, whilst I was doing it I had an idea for a game based on the mole whacking game at arcades of my 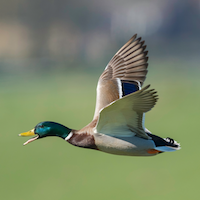